Developmental evaluation (DE) can be perceived as expensive within the donor and evaluation communities.[1] In fact, a study of all DEs conducted by USAID between 2010 and 2020 found cost was one of three frequently cited reasons for funders deciding against performing such an evaluation. However, an examination of what stakeholders believe DE’s value to be, rather than its cost, reframes this approach as often cost-effective, worthwhile, and for some programs, indispensable.

A review of the evidence on USAID-funded DE cost and cost-effectiveness reveals that: 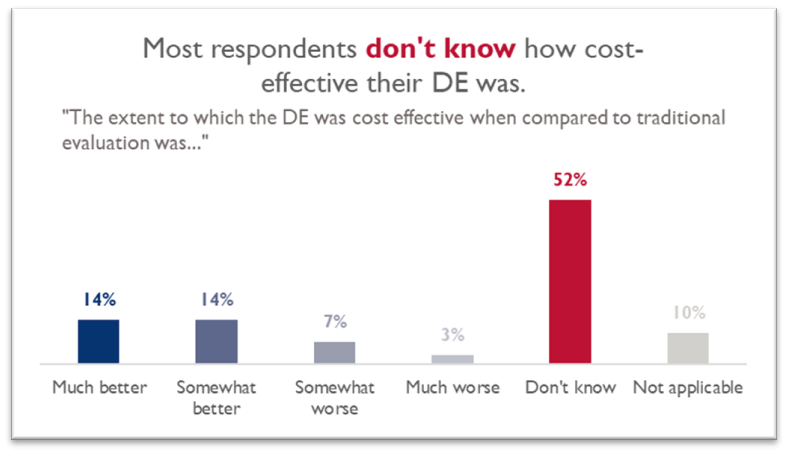 Reframing the conversation about cost around DE’s value introduces critical factors like its impact, return on investment, and unique purpose. It also helps correct misconceptions about a relatively new form of evaluation, which USAID added to its Operational Policy for the Program Cycle (ADS 201) in October 2019 as a type of performance evaluation. Ultimately, it enables funders and practitioners make better informed decisions about what type of evaluation fits their program’s needs.

Chris Thompson leads the technical implementation and oversight of monitoring, evaluation, and learning (MEL) contracts for Social Impact around the world. His over 15 years of experience includes long-term, field-based senior management and technical positions in Indonesia, Liberia, the West Bank, and Afghanistan where he put into practice pioneering evaluation approaches and award-winning collaboration, learning, and adapting (CLA) techniques.